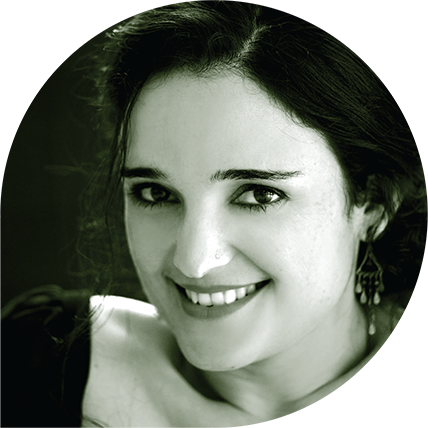 Greetings from the Mediterranean

In the atelier, we will be feasting on traditional and original songs from the various Mediterranean countries. The pieces will be passionate and joyous as well as spiritual, just as their diversity reflects the daily lives of people who have not yet forgotten to celebrate life in fullness. We will sing and dance, and journey through music so as to touch upon the faraway lands.

Gloria Coma Pedrals is the conductor of Cor Infantil de l'Orfeó Català-Palau de la Música Catalana, which won third prize at Cantonigròs Festival in 2013. She is also one of the singing coaches of Orfeó Català. She has won prizes conducting children and youth choirs, and performed as a solo soprano in various roles. She studied conducting with Mireia Barrera, Josip Vila Casañas, Pierre Cao, Johan Duijck, and Harry Christophers, and graduated from Escola Superior de Música de Catalunya in Singing and Interpretation with Margarida Natividade.
close